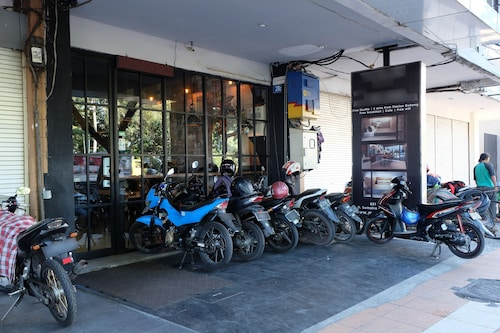 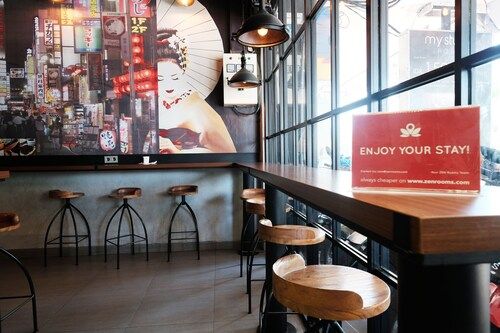 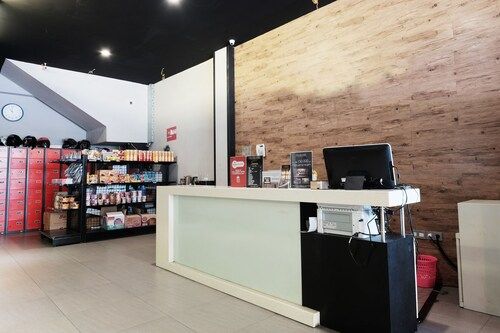 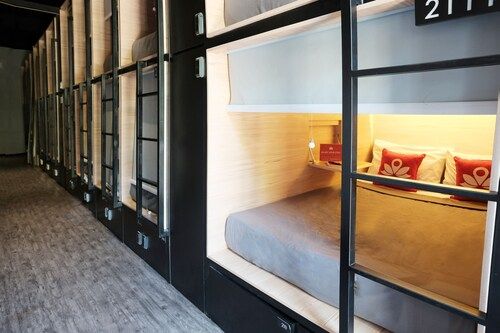 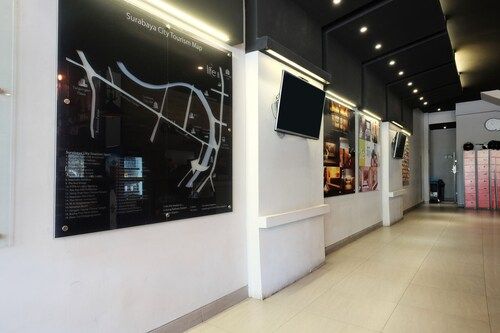 williamjnthn
The upsides of this hotel. First, its the amazing hospitality of the staff. Next was the breakfast that was actually kinda nice. Lastly, its the price that is affordable. The cleanliness of this place was adequate but can be improved further in some certain places. Moving on to the less pleasing part of this hotel. First that I believe is the main thing that needs improvement is the number of toilets compared to the number of showers available per floor. There was only one toilet per floor and the rest was all showers. Speaking of showers, the next uncomfortable thing is the missing clothes hanger. You have to sort of hang your clothes and towels to the glass partition or door since there's no place to hang your stuff or if you didn't like the idea of that. You can try to hang all of your stuff to the door handle. Keeping with the showering area, the hot water sometimes didn't quite work the way I want it. Shower area done, now going on to the rooms. The wifi coverage for the rooms was great but not with the speed. When there's a lot of the occupants use the wifi, the connection speed drops drastically. The actually room actually looks like a capsule hotel but a more simpler version of it. There are these small "rooms" inside a huge room in which the AC and the wifi is placed. Inside every room, there's a charging port, a handy folding table and a clothes hanger. Regarding the bed and the pillow, in my opinion its a bit too thin because at first it feels that the bed and pillow support your body but after a few moment I felt that the pillow started to lose its ability to cushion my head and so does the bed. I can feel the wood beneath me. Next it is about the locker and the surrounding noises. I was given a choice at check-in whether I would like to use the locker service. To use the service, you just need to put Rp. 100,000 in deposit which will be returned to you during checkout. I decided to take the locker and was given the locker access card. First locker I got, had an issue with the hinge so it doesn't open properly. The staff came and later brought a new access card for the locker next to mine, and it was broken as well. Same problem as before, third time he brought up a new access card. This time the locker works but located quite further away from my bed. Lockers done, now to the noises. At first the environment inside the room was calm and quiet. As the night went on, the start of the noisy surrounding started to seek in the room. There was a unclear noise on the outside that can be heard from my room combined it with the noises that can be heard from bikes speeding on the main road outside the hotel. Overall, I think this hotel is quite good for a transit hotel. Considering the price and the concept of it. Improvements can still be made to further improve customer satisfaction.
Kamu sudah melaporkan review.
Kami butuh beberapa saat untuk memperbaiki sebuah masalah. Silahkan coba sesaat lagi.
Kamu sudah pernah melaporkan review ini, dan laporanmu sedang dalam pengecekan.
Yay! Kamu berhasil log in.
Kamu sudah melaporkan review.
Kami butuh beberapa saat untuk memperbaiki sebuah masalah. Silahkan coba sesaat lagi.
Kamu sudah pernah melaporkan review ini, dan laporanmu sedang dalam pengecekan.