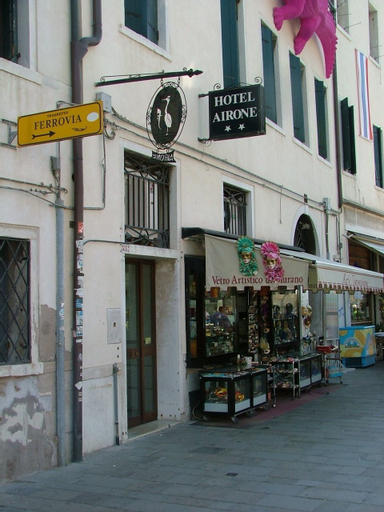 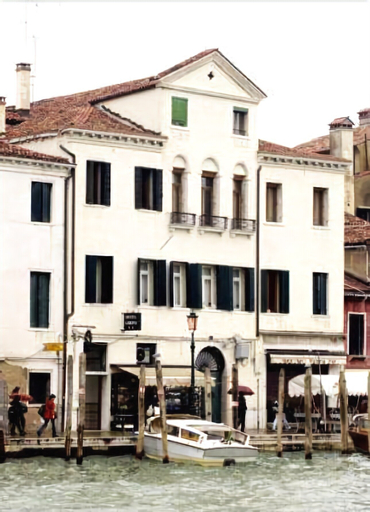 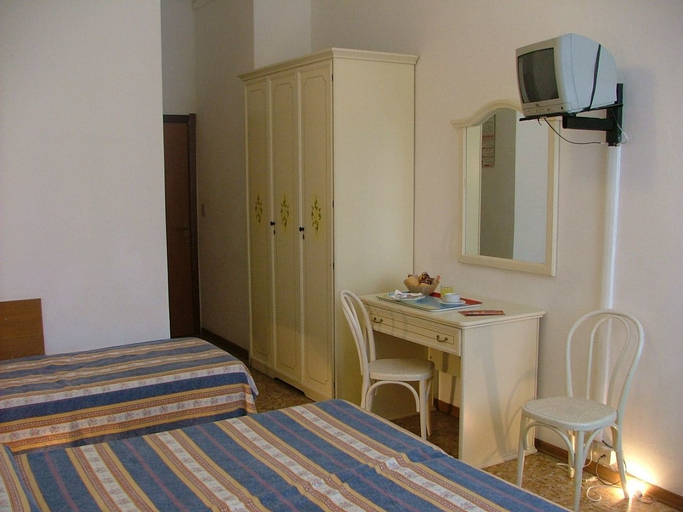 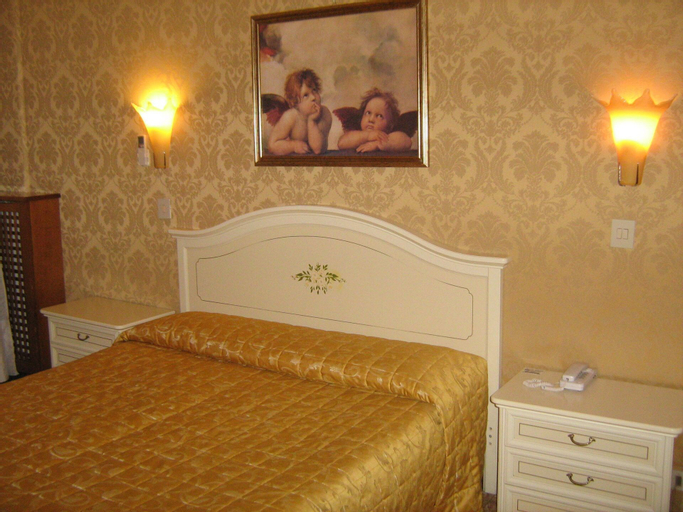 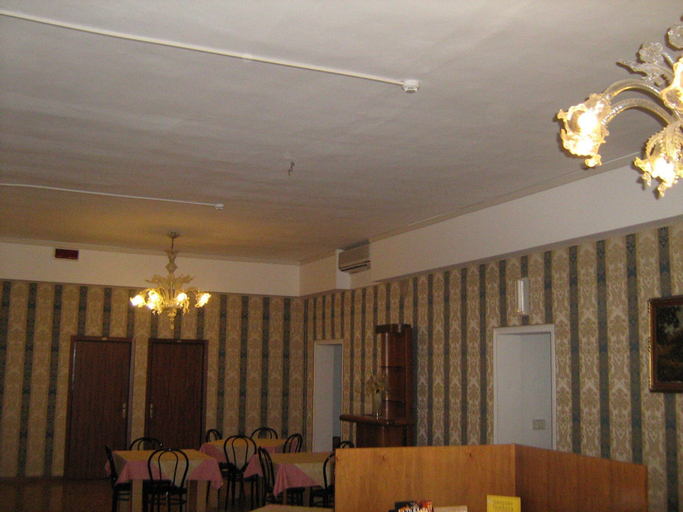 claudiamcmurtrie
For the first time visiting Venice this accommodation was ideal close to bus station, easy to find. We noticed the Airone hotel sign looking over the bridge, so didn’t have to drag cases far. Room was basic but clean, the maid change beds everyday. Breakfast was fantastic next door for the money. If I come back to Venice I will stay here again for sure.

deannute
This hotel could best be compared to a hostel. The builders were in leaving grit and dust outside the rooms. Having said this although the room was grim it had clean sheets and towels and before we went we knew it was cheap and was only going to be a base. Having had a fantastic holiday and the breakfast being ok and setting us up for the day our plan worked fine. I wouldn’t recommend this hostel and will definitely dig a bit deeper and pay a bit more for Accomodation next time. You defo get what you pay for. As a positive the hostel is central for all transport.

Tara J
When my partner and I booked a room with a double bed for three nights, we were aware of Airone's two-star status and not expecting a great deal. However we did expect slightly better than what we received. NEGATIVES: - We note the curated image on the website and appreciate the reality of an imitation headboard nailed to the wall and a pair of camp-beds with a mind and motion of their own. My partner would awaken to being nestled between the two roving mattresses. Sleeping was an adventurous experience. We recommend placing bets to measure distance travelled during the night as a pastime. - While the imitation of air conditioning was appreciated (a small machine with the tube stuck out the window, which must remain open for the machine to work properly), the locked shutters, the humid clime and the gaudy 'wallpaper' (quilt-like material stuck to the walls) lent the room the ambience of a... well, a cheap hotel. - There are only two toilets, separate from the rooms on the first floor, one of which has a shower. The floor of the shower was slimy and was not cleaned the entirety of our stay. Towels, plaster and the odd bit of hair were littered on the floor. This made it difficult for us to be comfortable taking showers in the 32 degree heat. - The taps had an inability to stay cool, taking up to three minutes to turn cold once turned on. Perhaps using a filter and sourcing water from the canal would be a less arduous alternative. - Avoid the breakfast. The coffee is more a sludge that may once have been a distant relative of instant coffee. The more optimistically named 'Orange Juice' was an incestuous blend of orange squash, pulp and sugar-water. There were also bread rolls, pastries, cereals, meats and cheeses, but for an extra five euro, you may be better off sourcing breakfast from one of the local supermarkets. POSITIVES - The staff could not be more lovely and helpful. The receptionist helped us to translate a conversation we had over the phone with someone who only spoke Italian. One of the cleaners was delightful and had a conversation with us about how much he loves Venice. - Very central location and less than five minutes from a supermarket. Also very close to the Dersoduro and Santa Croce districts with restaurants, cocktail bars and local landmarks. We recommend the house red for one euro fifty at Al Ponte Ostaria. BOTTOM LINE: We were underwhelmed at what we got for the price- you can do better. Spending another ten pounds a night and buy your own breakfast from the supermarket is recommend.

Natrona
we arrived in Venice late June (not the best time of year to go but....) so the weather was warm. Hotel Airone is a short walk from the transportation hub just over the bridge but if you take the train in, it's even closer! the location can NOT be beat. Check in was at the sister property, only a 30 second walk away & the front desk clerk was amazing. Our Italian is not very good but her English was perfect so this made communication during our stay so much easier. We arrived hours before check in so there was a safe place to store our luggage while we explored. Upon our return we were showed our room & it was more than what we could have asked for. It was clean, it was spacious, it had air conditioning & a great view of the canal. The only issue we had was that (we discovered) my CPAP machine blew a fuse & caused the power to go out so we didn't have AC for a few hours over night. The staff was very friendly & helpful in resolving the problem & we were all good to go. (I recommend letting them know if you have a CPAP machine when you make reservations). we were a short walk from water taxi stops, the train station & the bus station, so getting to other locations was super easy. But I STRONGLY recommend walking... everywhere that you can. Get lost even! Venice is amazing... just amazing. & at no point did we ever feel not safe. Thank you Airone for a GREAT visit